I couldn’t think of a better way to end the year than traveling to a new place. The last time I was in California was in 2009 to visit some of my relatives who live in Los Angeles. I never thought I would actually visit San Francisco until I was picked by the TAMU AIAS organization, of which I am a member of, to join them on their annual forum conference. This conference is held at a different city each year on New Years and organizations from every university around the nation come to support their fellow architect students. The forum lasts about four days and is filled with tours, general sessions, workshops, and late night parties. It is a place to network and get to know new people from other states and start thinking about future endeavors.

My mother’s birthday is three days before New Years and was coincidentally at the same time as the forum, so my family decided so come along the trip with me for a few days. The forum was held at the San Francisco Marriott Marquis, which is also where we stayed. This hotel had some of the most beautiful views of the entire city and a top floor bar that was perfect for watching the sunset. The hotel also had a few restaurants underneath it, one called Delarosa, which had amazing food and a modern atmosphere to keep you eating all night long.

In between sessions and workshops, I snuck away with my family to go site seeing. There are many ways to get around the city. For the most part my friends and I used Uber because it was cheaper than taking a taxi and the drivers we met were always friendly. So we called an Uber and drove to Haight-Ashbury, the old 1960’s hippie neighborhood. It was a very historic, grunge-y, beautiful neighborhood. My mom was very interested in the area, while my sister and I ran up and down the street snapping picture perfect views of all the gorgeous houses and street art. Then we toured the Conservatory of Flowers in Golden Gate Park. The facility was smaller than I imagined, but inside was filled with a jungle of exotic plants, flowers, vines, and a few birds. Talk about plant goals! Everything in California grows likes crazy. I have such a hard time growing the same kinds of plants here in Texas, its so frustrating! From there, we strolled down the park to the Japanese Tea Garden where we had jasmine tea and miso soup to warm our bellies. The Garden was gorgeous and the architecture of the Japanese-style pagodas and temples stood out amongst the bonsai trees. After walking through the zen garden, we were pretty much exhausted and missed out on the De Young museum and the California Academy of Sciences.

That night was New Years Eve and the forum threw a Beaux Arts Ball. I danced the night away with my friends until about 11:30pm when we walked down to the Bay Bridge pier to watch the fireworks display. I have never been anywhere on New Years before, so watching these fireworks was such an exciting experience. We were so close to them you could feel the explosions in your chest as the sparkles disappeared over you. It was the perfect way to end my 2015.

The next day my family and I started our 2016 by renting a car (yes we drove in the crazy streets of San Fran, but it was worth it) and driving to the Golden Gate Bridge. We found convenient parking and snapped some amazing pictures before driving across to the other side near the Marin headlands. This is the spot where all the movies get that picture perfect shot. You can see the entire Bay Area from here, including downtown. After, we visited Muir Woods and trekked through the path of the thousand-year-old redwoods. I am always amazed at the way mother nature can be so grand with all of her works. By this time, we were starving and the sun was beginning to set so, we decided to leave and grab some food. We stopped in Mill Valley on the way back and ate at the best Italian restaurant.  Piazza D’Angelo will serve you authentic Italian food with sincere customer service. I am still dreaming of their torteloni and tiramisu… By the time we left, it was dark and we made one last stop at Twin Peaks to catch a view of the city lights.

The forum threw another party that night called ‘the silent disco,’ which is where everyone wears headphones programmed with three different music channels that you can listen to while you dance. Since everyone in the whole room had them on, it was pretty much silent dancing with the occasional out loud singing by some of the party-goers. To be honest, this party was so much better than the New Years party!

The second day of 2016 was the last day of forum and was also the last day my parents were going to be in town (I wasn’t leaving until the 5th). My mother, sister, and I weren’t feeling well that day, so we took it easy and just drove around town checking out all the small attractions. Lombard street was crazy. So many people walking up and down the curvy road! We actually got the chance to drive down the road, which is a lot harder to do than it looks. The neighborhood around the area has insanely gorgeous houses with modern accents and succulent patio gardens. I could only dream of living there! Later we stopped by the Painted Ladies where supposedly the 1990’s show Full House was filmed. The color combinations of the row of houses are what made them a famous city attraction. On the way back we dropped by the Tiled Steps on 16th Avenue where a homeowners association contributed to decorating a long stair-path in their neighborhood. It was quite beautiful and looked very tedious to construct.

Forum was now over and my friend T and I had two more days of travel in the city by ourselves. But my allergies decided to destroy all of my plans and I ended up getting so sick I switched my flight two days earlier so I could go home because I was so miserable (I am still sneezing my brains out as I am typing this post). I left my friend behind so he could still enjoy the city. I didn’t want to be a debbie downer and ruin all of his fun. So my last day was spent on Hayes Street, a modern, hipster neighborhood that has my name written all over it. Meaning, everything I want in life is on that street. The food, the clothes, the shops, the way everything was decorated was perfect. T and I went shopping big time. I am never to sick to shop by the way… I stopped by my beloved Warby Parker and picked up a pair of shades. I bought some gifts for my mother and sister at Azil Boutique where they had a 30% off sale – score! I purchased some paper products from Lavish Gift shop because I love anything and everything that has to do with cardstock design. And because I cannot resist the urge to look at sunglasses, we went into Garrett Leight California Optical and I made a splurge on some of the coolest sunglasses ever! I just could not resist and the nice guy working there was egging me on, so I just had to. But no regrets on the these babies. Before departing, I had one last meal at The Grove – Best. Brunch. Ever!

Anyways, I boarded my plane and flew back home. Thank you to United Airlines for switching my flight on the same day. You guys made it so easy! Five tissue boxes later, I am still sick and I haven’t left the couch since I got back home.

I hope all of you had a wonderful New Years and a happy and healthy start to 2016!

Sorry this post was long 🙂 I can’t wait to share more travels with you guys this year.

All photos taken by Sophia Kountakis. 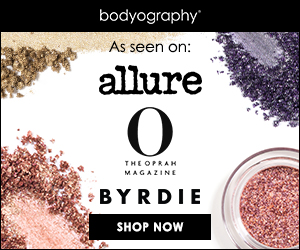